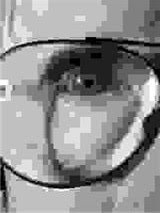 In ancient Rome, about the time of Nero and Caligula, the rulers (the Patricians of the Senate and the Caesars) realised that they were severely outnumbered by the citizens of Rome, and the army of Rome was a little busy securing the Empire.
So, they devised a plan to keep the citizens from getting restless and doing too much independent thinking.  They provided bread to keep the hoi polloi from getting hungry enough to act and circuses in the arena to keep their minds off their own sad state of affairs.
Hence the origin of the term.
Times have changed and now the Patricians of our time and place use things like Food Stamps instead of bread, free cell phones, cable tv, and reality shows to keep the hoi polloi from getting restless.
And by keeping a constant show going in the political arena, they have managed to con the public with the illusion of self determination, of voting, of freedom of expression.
When, all the while, they (the Patricians) continually whittle at what little is left of these freedoms.  Raising taxes for personal gain and/or projects that feather their own beds with little regard or concern for the devastation this practice causes individual citizens or businesses.
And the newest Caesar is so convinced of his own rectitude that he has embarked on a blatant campaign of deconstruction of the country, its values, its rights, its citizens and its place in the world at large.
When the King of Britain began to act in this manner, the "hoi polloi" or the "peasants" realized what was happening and rose up against these acts and established themselves as an independent nation, recognizing the rights of the "common man" as free men and women, not requiring anyone's permission to do or say what they believed in.
Now, our own government is quickly taking that freedom away from us under the guise of "protecting" us from specious threats, and in so doing, have become that very threat.
Posted by aarex at 8:15 PM 23 comments: